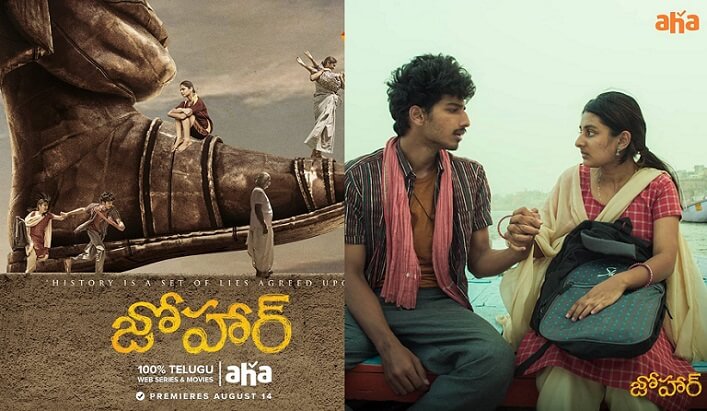 Telugu Film industry is known as the busiest film industry in India. The demand for Telugu language movies and web series has never stopped, and the pandemic has further added to it. After the first phase of lockdown, when the government allowed the south film industry to work with minimum staff, the makers were happy that the audience would be back to films. But the craving for Telugu stuff was unending over the various OTT platforms. The second phase in 2021 seems to be turning worst, and it will not be wrong to say that the home-bound audience will rely only on digital content. The content prepared for the audience relates to the people and society. Audiences like some films and web series because of their real & inspiring stories.

One of the genres in which most of the successful films are based is Political drama. Politics is considered the most powerful field in any country. Both sides of this field are narrated in several movies. The cat and mice race between the political leaders for the kingdom can be seen in every film. Political drama films have influenced the life of the people and their power to choose the right candidate. Telugu Film industry has produced many political drama movies such as Nene Raju Nene Mantri, BharathAneNenu, Leader, NOTA, and many more. One can watch movies online on the most popular Telugu OTT Platform, Aha. In the genre of political drama, the Telugu film Johaar is one of the famous movies.

The plot has five different stories running parallel. One account is about Vijay Varma (Krishna Chaitanya), son of Chief Minister AchyuthaRamayya. After his death, he wishes to build a statute of his father, and he drains off the funds from the budget allocated to sectors. The other story is of a girl struggling with poverty and wishes to become a national athlete. A widow (Eeswari Rao) is juggling to save her little daughter from polluted water in the next level. On the other side, a man runs a hostel for orphans and looking for financial help to make the lives of children better. The last one relates to a daughter of a pimp (Esther) who falls in love with a tea-seller.

The movie is beautifully written and excellently executed. The film revolved around a political project. It depicts the way the political leaders are influencing the life of poor people and society.

You can watch Johaar movie online at one of the best Telugu OTT platforms, Aha. The platform will give the best experience in terms of quality content at minimum subscription prices. The box of entertainment is just one step away from you.